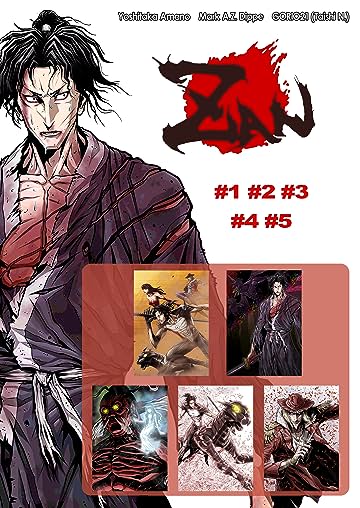 Yoshitaka Amano, who is well-known as the artist of FINAL FANTASY, is one of the most famous artists in Japan. His new comic is ZAN. Mark A.Z. Dippé who is the movie director of Spawn creates the story line and GORIO21, who is a manga artist, drew the manga based on Yoshitaka Amano’s art. ZAN, who is the main character, is on a journey filled with battles to release a light that is being caught by darkness. What is he fighting for? It’s an action samurai fantasy manga.