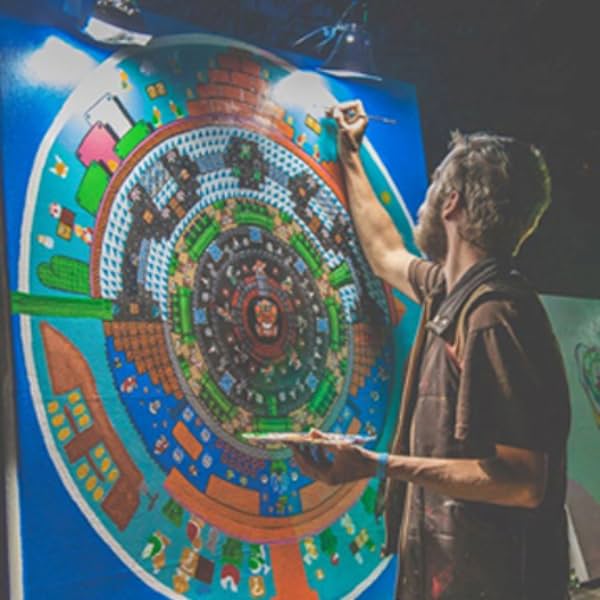 WANDERWEIRD has been backpacking around the United States for the last few years on his never-ending art tour, live painting at art and music festivals, concerts, comic book conventions, and the sidewalks of his favorite cities. Last year, he self-published his first book, REMEMBER, an illustrated trip set in the geometric thoughtscapes of his drawings, in which the nature of reality is revealed.

This year, he's working on a series of mandalas based on the Sacred Mythologies of his childhood (painting video games and pretending that it's deep), and working on a new comic book of meta-mythology called APOCRYPHON.
Website: http://wanderweird.com