Thor: God of Thunder by Jason Aaron - The Complete Series 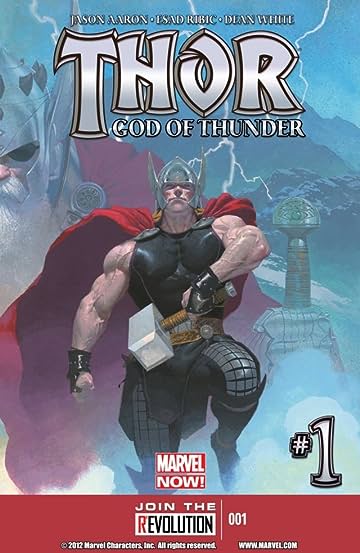 Thor: God of Thunder by Jason Aaron - The Complete Series

Jason Aaron brings Thor to new heights in this complete series bundle! A trail of blood consumes Thor's past, present and future! Throughout the ages, gods are vanishing, and Thor must unravel the gruesome mystery of Gorr the God Butcher! As Thors from three eras race to stop Gorr, his scheme's full extent is revealed: What is the Godbomb? And it's the bloody return of one of Thor's greatest enemies: Malekith the Accursed! The former lord of the Dark Elves is freed from his otherworldly prison, and the chase is on across the Nine Realms to capture him! Plus: Thor returns to Midgard and battles to save Earth, but who can he fight when the planet itself is dying? S.H.I.E.L.D. agent Roz Solomon has a suggestion: the world's most nefarious energy company, Roxxon, and its ruthless new CEO, "the Minotaur!" And a millennia from now, a future Thor faces a very different battle to save what remains of the earth - from Galactus! King Thor and the Goddesses of Thunder are all that stand between Galactus and the planet he's been dying to eat for a very long time.