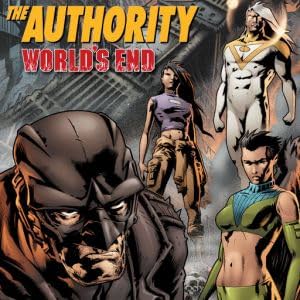 When the world ended, the Authority and the rest of the population were caught unprepared and suffered the consequences. Find out what happened in those crucial moments following the destruction of Earth and how it affected the Authority...as well as Rendlesham! Christos Gage and Shawn Moll's Team Seven backup concludes here!