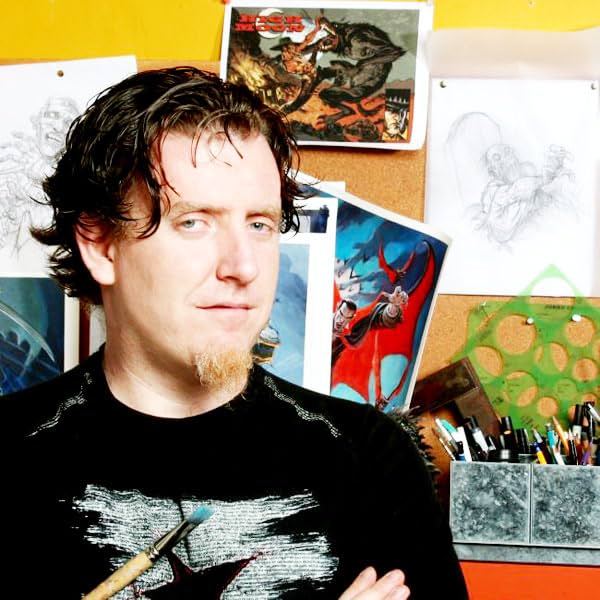 Born in 1971 and raised in the remote wilds of New Jersey, Steve began drawing at an early age. His love of creating imagery and telling stories was corrupted at the age of 12 by his discovery of a not so local comic book store. Weekly trips to the store poring over the comic stand offerings cemented in him a love of visual storytelling and the wide open world of comics and art.

Steve has had the honor of receiving being nominated several times and receiving the Harvey Award for Best Web Comic in 2009.
Website: http://www.hypersteve.com
Twitter: http://www.twitter.com/hypersteve