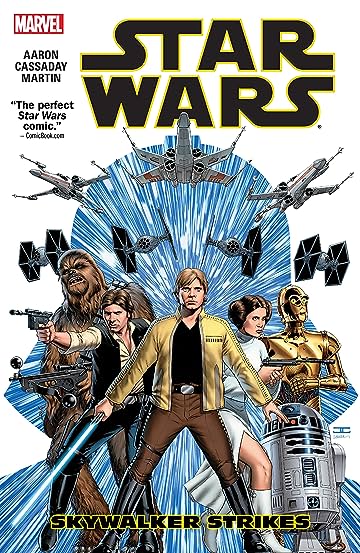 Great starting points for Star Wars fans of any era! Join Luke along with Princess Leia, smugglers Han Solo and Chewbacca, droids C-3PO and R2-D2, and the rest of the Rebel Alliance, as they strike out for freedom against the evil forces of Darth Vader and his master, the Emperor. Also, for the first time in the new Star Wars canon, journey with us into the time after the end of Star Wars Episode VI Return of the Jedi! Writer Greg Rucka (PUNISHER, WOLVERINE, Gotham Central) and artist Marco Checchetto (AVENGERS WORLD, PUNISHER) take us past the destruction of the second Death Star — and into the chaos of a Shattered Empire.