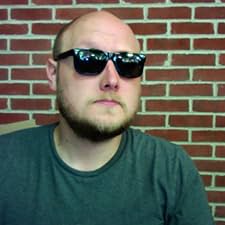 Sean Poppe has been drawing comics since 2011. His short comic "You Don't
Remember" premiered in Boo! Vol. 2 #1, and has since contributed to several
issues of Boo!. His art is featured in a number of small-press table-top
RPG publications including CRAWL!, Vacant Ritual Assembly, and Undercroft.
Sean is also currently attempting to draw 365 Goblins in 2015, which is
chronicled at 365goblins.tumblr.com. Additional work can be seen at
beardedruckus.tumblr.com. Sean currently resides in Southwest Ohio with his
wife and son.
Website: http://beardedruckus.tumblr.com
Twitter: http://www.twitter.com/seanrunamok