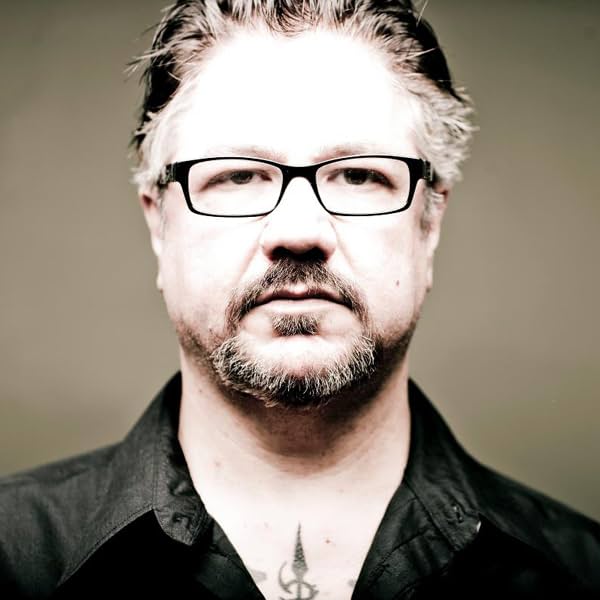 Richard Kadrey is a freelance writer living in San Francisco. He is the author of dozens of stories, plus eight novels, including Sandman Slim, Kill the Dead, Aloha from Hell, Metrophage and Butcher Bird. His Wired magazine cover story, Carbon Copy, was made into one of the worst movies of 2001. It starred Bridget Fonda. Sorry, Bridget.

He has been immortalized as an action figure. "Kadray [sic]: The Invincible Wizard" was a villain in an episode of the Blackstar animated TV series.

Kadrey created and wrote the Vertigo comics mini-series ACCELERATE, which was illustrated by the Pander Brothers. He plans to do more comic work in the near future.

He has written and spoken about art, culture and technology for Wired, The San Francisco Chronicle, Discovery Online, The Site, SXSW and Wired For Sex on the G4 cable network.