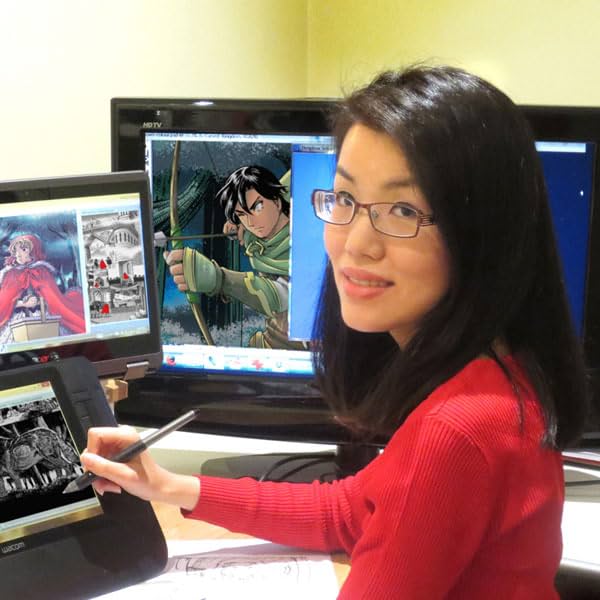 Queenie Chan was born in 1980 in Hong Kong, and migrated to Australia when she was six years old. In 2004, she began drawing a 3-volume mystery-horror series called 'The Dreaming' for LA-based manga publisher TOKYOPOP. To date, it has been translated into multiple languages.

She has since collaborated on several single-volume graphic novels with best-selling author Dean Koontz for his 'Odd Thomas' series of novels. In 2012, she worked with author Kylie Chan on 'Small Shen,' a prequel to the best-selling 'White Tiger' fantasy series. After that, she worked on several anthologies, and created a 3-book fairytale inspired fantasy series called 'Fabled Kingdom.' Currently, she is working on her next project.
Website: http://www.queeniechan.com
Twitter: http://www.twitter.com/queeniechanhere