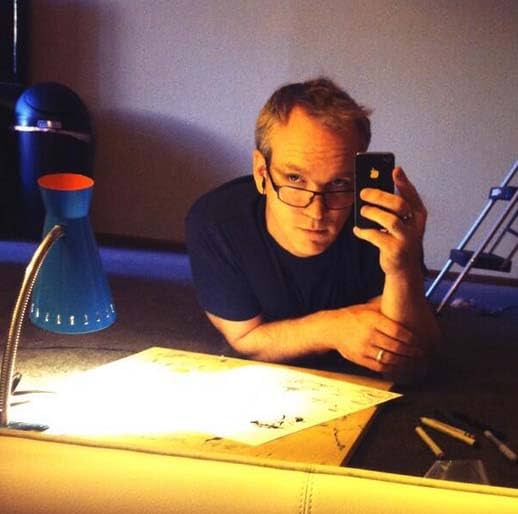 Oeming is a fan of ancient mythology, having written or drawn several projects centering on the Norse gods. He frequently collaborates with long-time friend Bryan J. L. Glass, and with Brian Michael Bendis. He is part of the M.O.B. crew of comic book creators, along with David Mack, Brian Bendis and Daniel Berman. His 1998 comic book Bulletproof Monk was made into a film of the same name.
He has also worked on The Mice Templar from Image Comics which he has drawn and co-authored with Bryan J.L. Glass and the third volume of Powers from Icon Comics with Brian Bendis. His creator-owned projects include Rapture, on which he collaborated with his wife, Taki Soma, and The Victories, both for Dark Horse Comics. As of 2010, he is employed as a staff member of Valve Software, working on Left 4 Dead, Team Fortress 2 and Portal 2 webcomics.
Website: http://www.michaeloeming.com
Twitter: http://www.twitter.com/Oeming
1 TO 42 OF 80