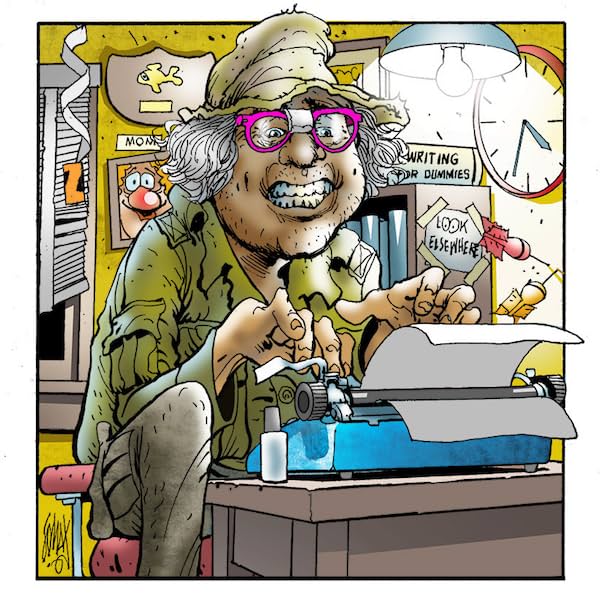 I'm seventy-five years old and I've been doing this since Kennedy was in office. In fact, it's been rumored that the Cuban Missile Crisis was averted when Jack gave Krushchev some "Big Blue" comics.

I have written cartoons for such men's magazines as "Jut," "Protrude" and "Quiver" -- renamed "Quaver" to avoid confusion with a popular archery trade journal.

I came out of retirement on the urging of my grand-daughter Dottie who told me that, thanks to the internet, there are "revenue streams" for niche comics. Hell, just the sales in Japan would have made me a millionaire. Well, a half-a-millionaire, as I would never agree to include . . . never mind.

So here I am back on the scene making new books. Help out 'Ol Mase.
Website: http://www.cybermase.com/big-blue.html
Twitter: http://www.twitter.com/@Mase_Corgan