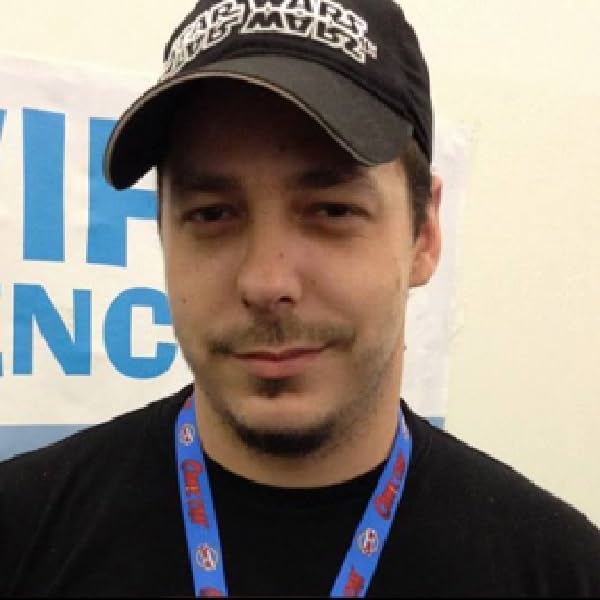 Kevin Enhart was born in Britannia, France, and lives near Paris, with his fiancee and stepson. Growing up, he fed dreams of cinema, learning how to direct movies, and even making some short films, but his main art soon became the writing of short novels. Evolving through theworks of artists like Steven Spielberg, Jean-Pierre Jeunet, Michael Crichton or Stephen King, Kevin finally fell in love with comics as a teen, and tried to draw this way.

After two years of learning arts, philosophy and psychology, Kevin decided to, finally, find a job. He only came to the comic book industry in 2010 and, near immediately, was hired by English publisher Deadstar Publishing to work on their Rising Stars issue, which would be followed by two other books with writers David Owain Hughes and Lynda Nash. In the same time, Kevin teams up with roleplaying games creator and writer Keith Foo to create the Heindrich Project, first a webcomic, before creating a second series : THP Aftermath.

Kevin is now known for his sense of details, also as for his colors, which made him become a part of the artistic team working on Brimstone and the Borderhounds, beside re-creating The Heindrich Project with Keith Foo.

Beside that, Kevin's passions are still around cinema (he recently worked on a French film as storyboarder), but also literature, philosophy and science.
Website: http://kevinenhart.daportfolio.com/
Twitter: http://www.twitter.com/@kevinenhart