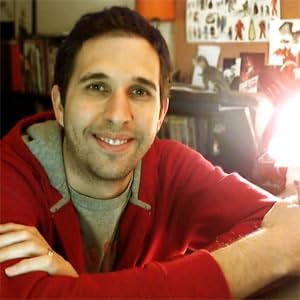 Grew up in AZ on a pop culture diet of comics, animation, and movies. Now writes and draws his own comics, illustrate books, and creates concept art for television, film, and advertising.

He's the creator of the Missile Mouse graphic novel series published by Scholastic. For the last several years Jake has worked for Blue Sky Studios creating sets and environments for feature films like Horton hears a Who, Ice Age: Dawn of the Dinosaurs, Rio, and the upcoming film Epic.