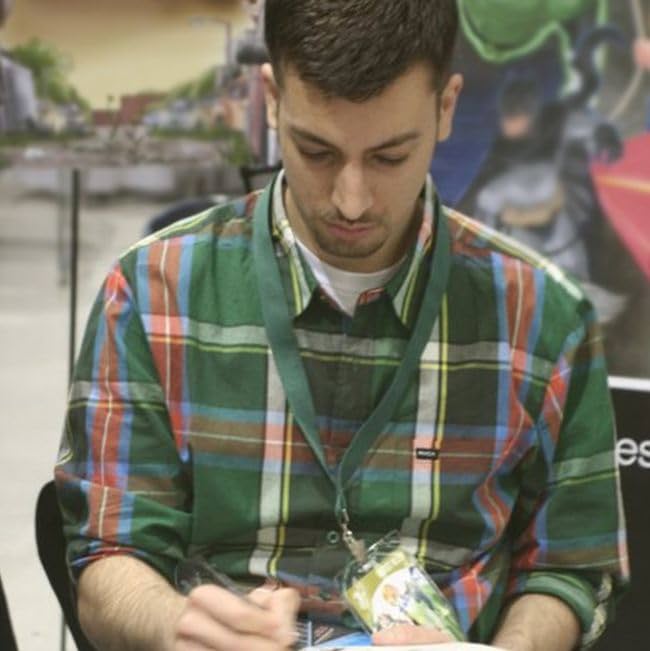 Ibrahim Moustafa is a self taught artist from Portland, Oregon. His
art contributions to such charities as Wonder Woman Day, Full of
Pryde, and The Marla Bea Benefit gained him recognition in the
original comic art collector's scene, and in 2009 his first published
work launched the inaugural titles Citizens and Faction for Carpet
Bomb Comics. In 2012, he penciled and inked the miniseries The Pound:
Ghouls Night Out, from IDW. He is well aware that his last name
resembles that of a cartoon lion's.
Website: http://www.TheArtOfIbrahimMoustafa.blogspot.com
Twitter: http://www.twitter.com/Ibrahim_M_