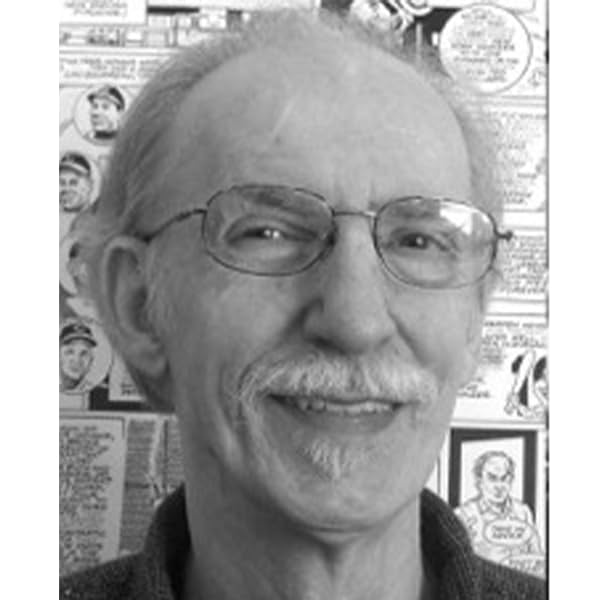 Gary is a life-long resident of Cleveland, who went to public school and Catholic schools here, including graduating from St. Joseph High School. He received an Associate In Arts degree from Cuyahoga Community college, studying art with teachers Gerald Kramer and David Haberman.
In 1976 he met Cleveland’s “master of the mundane” writer Harvey Pekar and began a 30 year association with him, drawing comics art for his autobiographical comic book “American Splendor”, and later doing promotional materials for the movie of the same name (2003) that appeared in Entertainment Weekly, the N.Y. Times, Le Monde and many other publications
From 2003 on he’s done a series of cartoon/bios of Blues personalities for Music Maker Rag, numerous cartoon illos and illustrations for newspapers and magazines. He’s illustrated (in black and white) several published graphic novels including “Our Movie Year” and “Ego & Hubris” written by Harvey Pekar, “The Beats” and “SDS, A Graphic History” by Paul Buhle & Pekar, and “Zombie Moon” and “Life Of The Dead” written by Tim Bennett and himself. Whenever these projects called for color his wife and team-mate Laura Dumm added beautiful digital color. Their collaborative efforts continue and are utilized for any projects that require color. In 2014 Gary drew the chapter (with Laura coloring) about Hugh Hefner in Monte Beauchamp’s cartoon/bio book of famous cartoonists entitled “Masterful Marks” from Simon & Schuster.