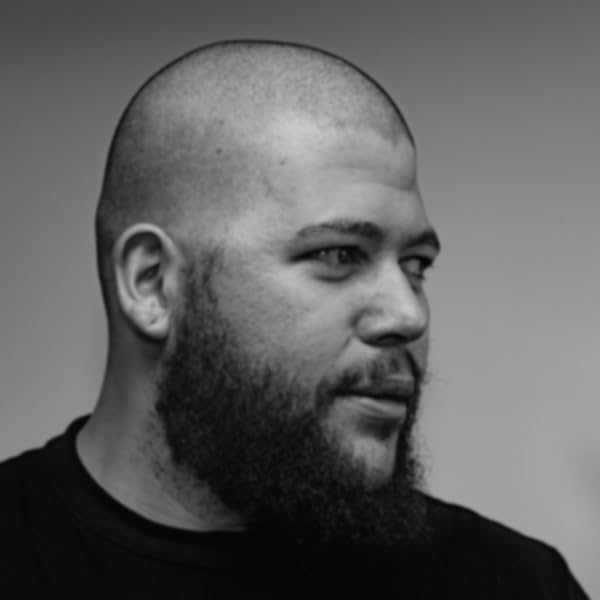 At the age of four, Douglas Knight was diagnosed with a brain-tumour and underwent chemotherapy to combat the destruction, being wrought throughout his optic-nerves. When the dust settled, and the damage was done. He would be left with only about a thirty-percent, useful visual-field and be dubbed "Legally-blind."

Anybody, who has spent a considerable amount of time in a health-care institution. knows that TIME is the operative word. with lots of time to fill. Doug was turned on-to COMIC BOOKS! All the greats! you betcha. one snafu however... his sight was so poor, he could not read any of the dialogue bubbles!

Whats a guy to do?
Why, look at the pictures.
After all ... whats a good comic, without good art? right?

As high-school drew to a close. Doug would go on several Art-school tours. Carefully selecting the perfect institution of higher-learning for fine artists that Toronto had to offer. On the eve of his decision a magical event took place.

His dad took him for his first tattoo.
BOOM! a whole new world of artistic possibilities became available to him, an art education taught by old punk-rockers, bohemian skeletons and some of the baddest women in Canada's tattoo history.

As Doug prepared art for his clients, there was always a voice in the back of his mind, reminding him that there was a time. where comics, came before anything else. So, he would start working on his premiere title CHIASM under his independent publication CROSS EYE COMICS.