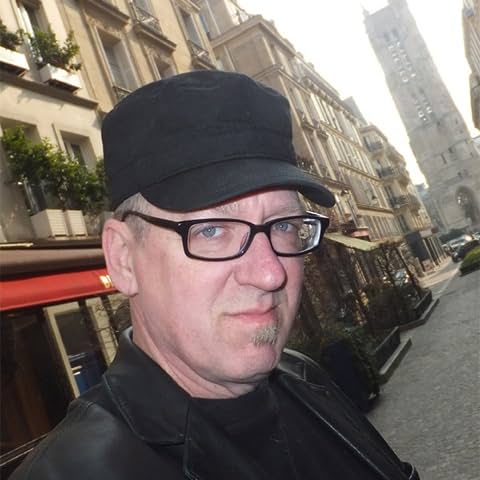 Comix creator Derf Backderf was born and raised in a small farm town south of Cleveland.

After a brief stint at art school, he dropped out and worked on the back of a garbage truck, an experience that was the basis for his ongoing comix project, TRASHED (SLG Publishing, 2002), a webcomic in 2010 and 2011 and an upcoming graphic novel from Abrams Comicarts, slated for 2015.

Backderf's second graphic novel, PUNK ROCK & TRAILER PARKS (SLG Publishing, 2009), was cited by Booklist as "one of the stand-out graphic novels of the year." It was picked for inclusion in BEST AMERICAN COMICS 2010. A sampling of his freeform weekly comic strip, THE CITY was also selected for the 2008 edition.

Derf's latest graphic novel is MY FRIEND DAHMER (Abrams Comicarts, 2012), the haunting account of his teenage friendship with the future serial killer. It has been hailed as one of the finest graphic novels in recent memory by Slate, The Plain Dealer, Publishers Weekly, USA Today, Kirkus Reviews and many more. Time magazine listed it as one of the five best non-fiction books of the year. It received an Alex Award from the American Library Association, one of only ten books honored, and was named one of the 100 Greatest Graphic Novels by the same organization. It was awarded an Angoulême Prize at the Angoulême International Comics Festival in France. MY FRIEND DAHMER has been translated into French, German, Dutch, Korean and Spanish. It is currently in its 6th US printing and is in development as a film project. MY FRIEND DAHMER was selected for BEST AMERICAN COMICS 2012.

Backderf has been nominated for Eisner, Ignatz, Harvey and Reuben Awards. He has received a host of honors for his newspaper comics, including a prestigious Robert F. Kennedy Award in 2006 for political cartooning. The Derf Collection, comprised of 30 years of original art and papers, was established in The Billy Ireland Cartoon Museum at Ohio State University, his alma mater, in 2009.

Derf lives in bucolic Cleveland, for reasons he can't remember.