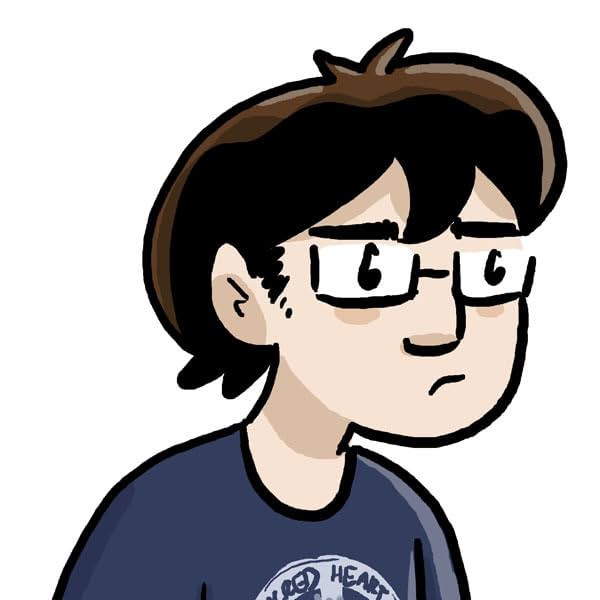 David Willis is no stranger to the world of webcomics, having started his first series, Roomies!, in 1997. Including Roomies!, he has five webcomics series under his belt, such as the sci-fi drama It's Walky!, its more domestic sequel Joyce and Walky!, Shortpacked!, a look at action figures and pop culture, and Dumbing of Age, a story about college freshman. He likes drawing comics so much that if he were to suddenly die, his strip buffer is so large that his website would keep updating months beyond his demise.

David Willis currently resides with his wife Maggie in Columbus, Ohio, where he surrounds himself with more Transformers toys than he can bother to count.
Website: http://www.dumbingofage.com
Twitter: http://www.twitter.com/@damnyouwillis