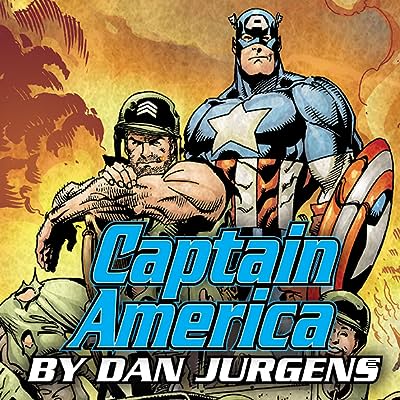 Dan Jurgens begins his legendary run on Captain America! Can Cap stop the war efforts of the Hate-Monger, a villain with ties to Hitler himself? Can he save Ka-Zar from the monstrous murderer Count Nefaria? And who is Protocide? Good thing Cap has some friends to help him in his impossible adventures! Featuring Nick Fury, Sharon Carter, the Fantastic Four, USAgent and a war-time adventure with the Howling Commandos!