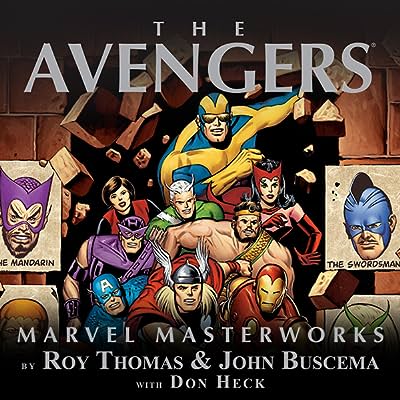 Prince of Power, Hercules goes mano-a-mano with the Dragon Man; Captain America mixes it up with the Russian Red Guardian for the Red, White and Blue; the entire dag-blamed Avengers battle the Super-Adaptoid; Goliath and the Wasp face a blast from their shrinkingpast as they fight the Whirlwind. And a hero redeems the role of the Black Knight only to have the Avengers lose their teammates, Quicksilver and the Scarlet Witch, to Magneto and the Brotherhood of Evil Mutants-it's a cosmic balance, bub!